Settle down, it’s not what you think.

Blue-footed boobies have apparently adapted decided to move north, showing up north of San Francisco for the first time in almost 30 years.

From the Los Angeles Times

Blue-footed boobies, which rarely venture north of Imperial County’s Salton Sea, are suddenly “all over the place,” said Kimball Garrett, manager of the ornithology collection at the Natural History Museum of Los Angeles County.

But like Hitchock’s film, this boobies invasion could be an ominous warning:

Some scientists are wondering if the visiting boobies are somehow related to a recent series of distressing biological mysteries in Southern California’s coastal waters.

“There’s a lot of weird things happening out there,” Dan Anderson, a professor of wildlife biology at UC Davis, said. “No one is sure of what the cause is.”

If a species moves of its own accord, is it invasive? 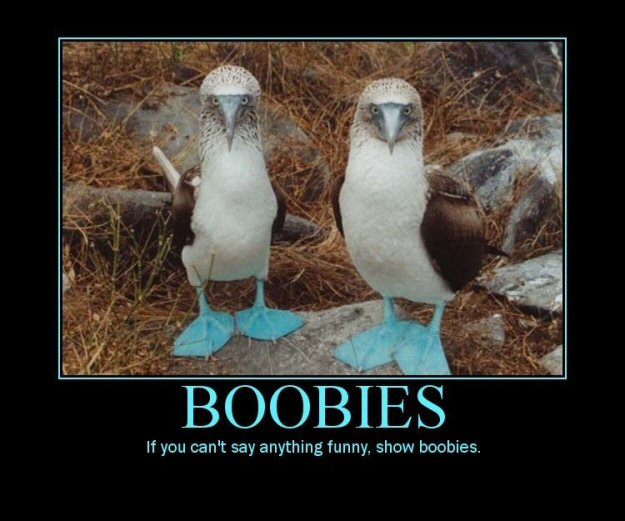 One thought on “the outdoor apocalypse: boobies everywhere”