Years ago in cities and towns far and wide Dad had a knack for finding a factory tour, usually free and with goodies. Often edible goodies. It was an inexpensive activity to keep us kids busy, though in the years after my siblings and I left home, it was clear that he himself enjoyed these tours. Nearly every vacation since, dad has dragged mom on tours of factories across the country. 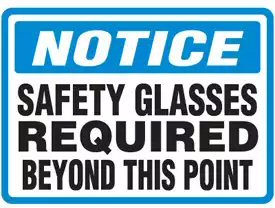 Growing up we visited the Martinelli’s* operation in Watsonville, Calif.; the Blue Diamond Growers* plant in Sacramento; the Graber Olives packing operation in Ontario, Calif.; and the Boeing factory in Everett, Wash., to list just a few. Dad’s predilection became a tradition with me. A few of the tours my kids experienced included the Jelly Belly, Marin French Cheese, Anheuser-Busch, Tillamook and Liberty Orchards (Aplets and Cotlets) factories as well as local glass blowing studios. Now empty nesters, Karen and I have been on more than a few tours ourselves, including a recent visit to the Franz Bakery in Portland, Ore., as well as breweries and distilleries, like local favorite Anchor Brewing and the more distant Sierra Nevada Brewing. I still want to visit the Its-It factory and the Golden Gate Fortune Cookie and Boudin bakeries (San Francisco sourdough!).

It’s that penchant for factory tours that had us on nearby Mare Island during a bright and cool Saturday last February. During the years since naval operations ceased at Mare Island and its decommissioning on April 1, 1996, the city of Vallejo has tried to lure new business to the multitude of buildings on the island. Progress, albeit slow, has been made. Last year there were 105 businesses in operation on Mare Island, filling more than 3.6 million square feet of space and employing 2,400 people.

These businesses, popping up between decaying warehouses and office buildings, include a manufacturer of saw chain maintenance tools, a diving and salvage company, a label design and packaging service, a drawer maker, a dry dock and ship repair facility and a marine contractor. More recent additions include Mare Island Brewery and winemaker Vino Godfather. Other small business and federal agencies occupy many buildings. Mare Island was also home to BattleBots for its sixth season. 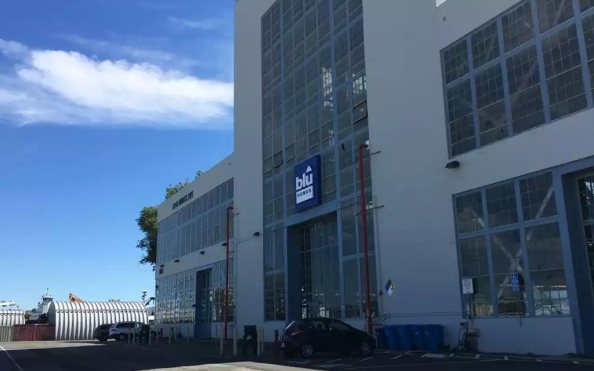 We were on the island to visit of the more prominent consumer businesses, Blu Homes. The underlying concept behind Blu Homes is to build homes in half the time of the traditional on-site method, relying on modular design while incorporating technology, energy efficiency and eco-friendly materials. Various Blu Homes models have been sent (via big rig) to over 30 states. The popularity of these homes has outstripped manufacturing capacity, forcing Blu Homes to restrict production during the next 18 months to California clients.

The factory is tucked into a former abandoned machine shop. Our tour followed the amazingly compact production line, passing raw materials area and assembly jigs to the final buildout area, where cabinets, appliances and sinks are installed – all high-quality with options for upgrades. Using steel-frame construction, with walls and floors attached by hinges, each module can be then folded up for shipment. After slapping on some industrial shrink wrap, a module is sent to the home site, set in place by crane and unfolded by the on-site crew.

A basic home takes less than a day to assemble on site but it takes three to six weeks of work before it can be occupied. Various floor plans are created by fitting modules together, with models priced from $150,000 on up.

The Blu Homes model home on Mare Island, quite nice.

Even though manufactured away from the home site, these are not mobile homes. The only time they are really mobile is during delivery. We were amazed at the quality of construction and the materials that go into these homes. Karen and I were like kids in a candy store filled with delights we couldn’t afford.

Since our tour I’ve been searching for a suitable site. I’d opt for the Cabana model; a comfortable tiny home just big enough to kick back after fishing.

*Sadly, tours are no longer offered.

4 thoughts on “factory tour/flashback to childhood”