I held it off as best I could, tried to put some of my favorite waters out of my mind. In the end it was hope, more than gasoline, that propelled me over Sonora Pass a couple of weeks ago.

Over the years I’ve spent many days walking the banks of babbling creeks in the Eastern Sierras. The first to give up wild trout – Molybdenite Creek and Little Walker River – top my list. This is where I landed by first sizable wild rainbow trout. 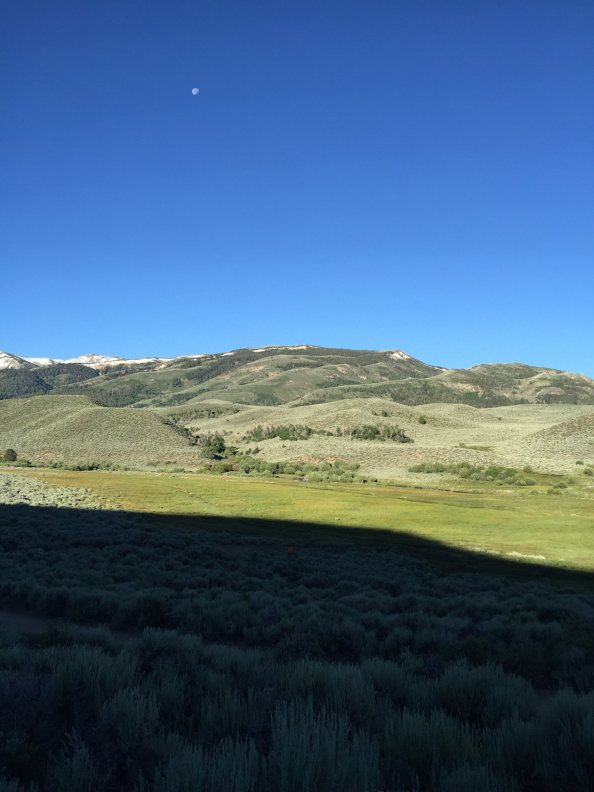 Moon Over the Little Walker River

I can’t think of these places and others like them without an intensifying need to return. These are familiar places become less so if not visited every year. Often it’s the memory that fades. Sometimes nature exerts its will on the landscape.

It was clear that this would be the first year in a while that runoff from more abundant – but still not plentiful – snowpack would make many rivers and streams unfishable. But a limited amount of vacation time, and hope, were enough of an excuse to make the trip. 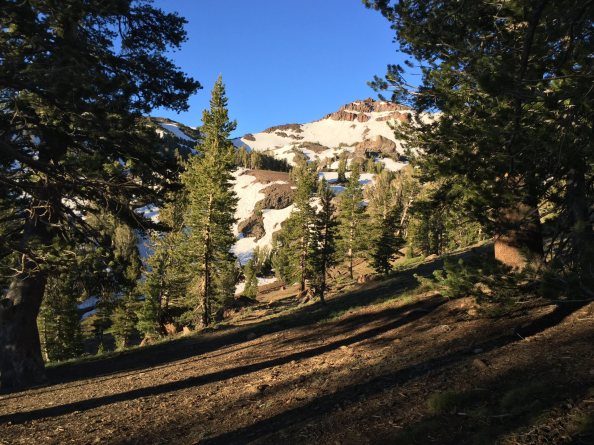 I came in from the west across Sonora Pass, early enough that morning to be alone for the 20 miles between Kennedy Meadows and the Pickel Meadow Wildlife Area. It’s a serpentine road that demands attention, a ribbon of relatively new asphalt that twists and turns, rising through stands of pines to wind-scoured fields of granite before dropping into the starkness of the Eastern Sierra.

Six miles beyond the Sonora Pass summit but before my descent into Pickel Meadows, Hanging Valley Ridge comes into view. The morning sun is still low and the ridge still casts a shadow over much of the meadow. From my vista point, distance masked any audible anger, but the torrent of water working itself into a lather over Leavitt Falls offered a clue as to the difficulty to come. 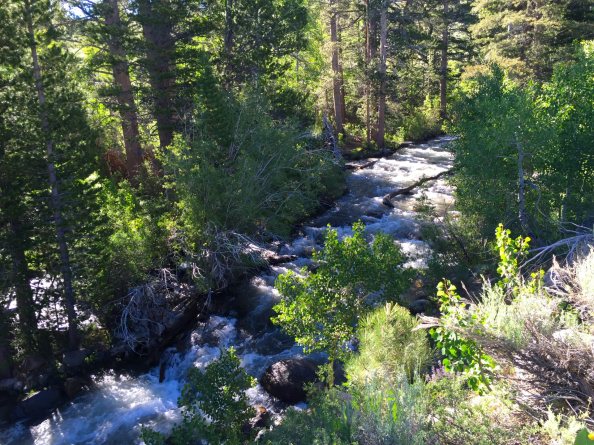 The first glimpse of the West Walker River was both encouraging and discouraging. It was good to see high waters scouring the river bed and suggesting good summer fishing to come. It also hinted that there’d be little fishing and likely no catching in any of the Walker watershed’s moving waters. 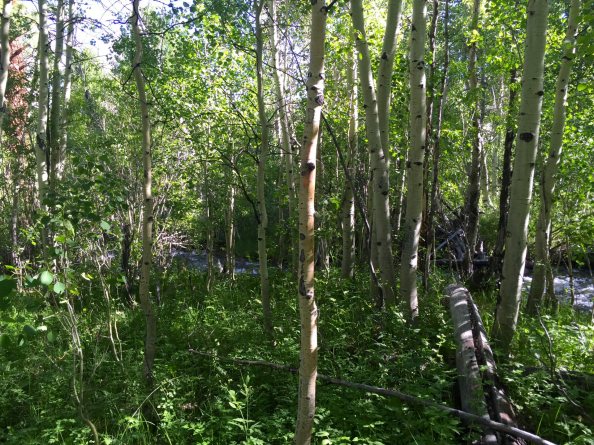 See the path, right there?

This day there would be more hiking, exploring and simply being in the mountains. Contrary to the anger on display as water crashes against rocks, the sound is soothing. Delicate flowers sway in winds that predictably funnel through most mountain canyons.

It was a day without fishing, but not wasted. 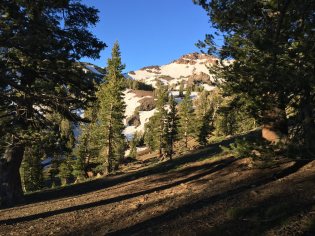 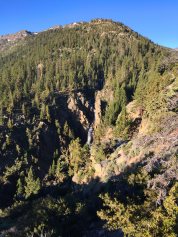 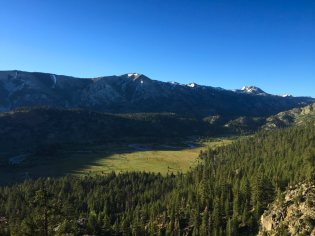 Looking out to the West Walker River from the Leavitt Falls overlook. 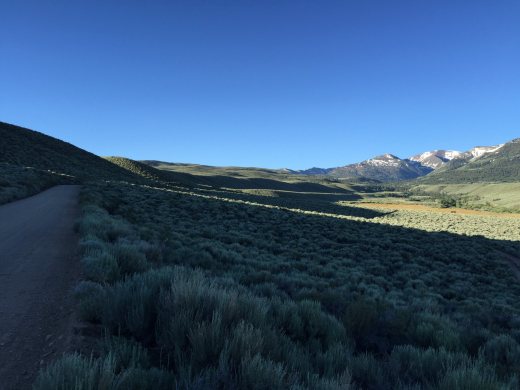 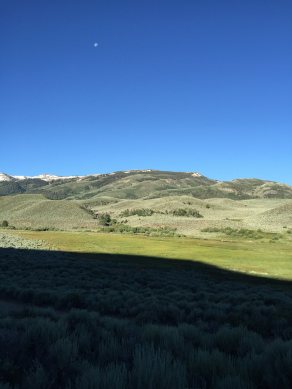 Moon Over the Little Walker River 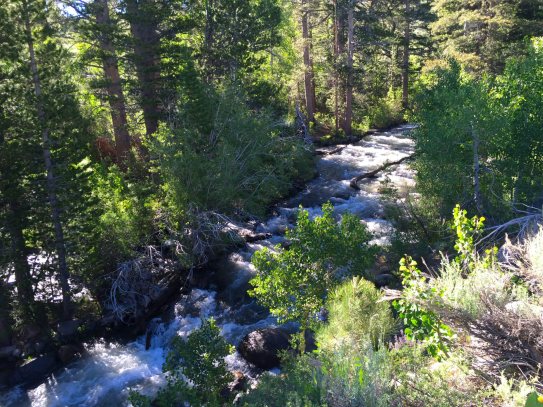 The Little Walker River not so little. 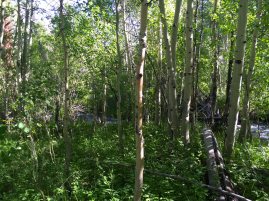 See the path, right there? 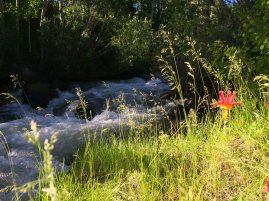 Not quite ready for tenkara. 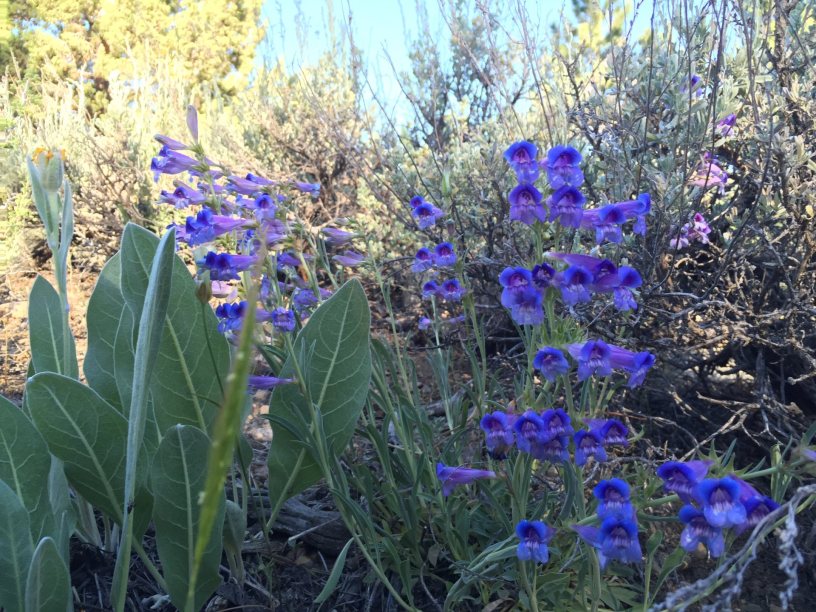 2 thoughts on “sometimes it’s the place”